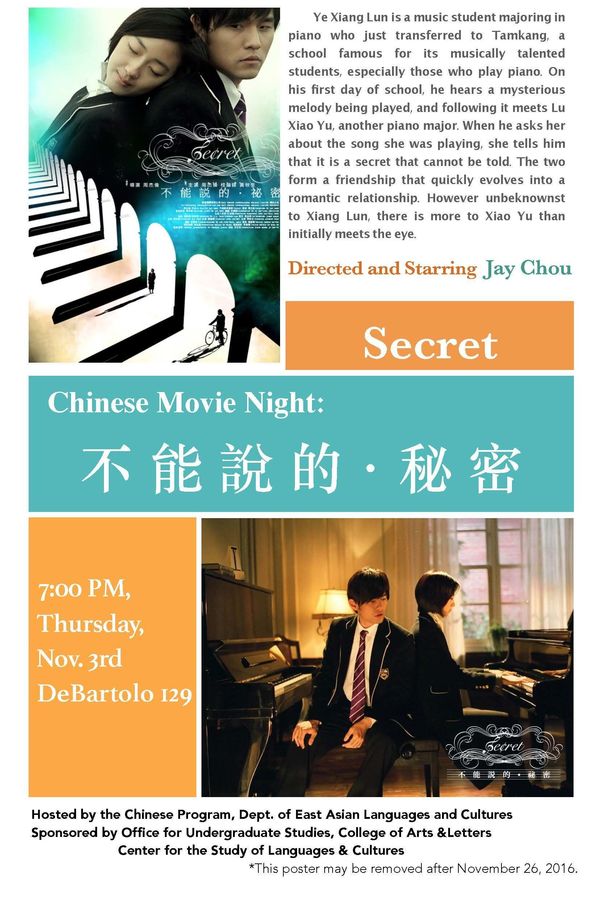 Synopsis: Ye Xiang Lun is a music student majoring in piano who just transferred to Tamkang, a school famous for its musically talented students, especially those who play piano. On his first day of school, he hears a mysterious melody being played, and following it meets Lu Xiao Yu, another piano major. When he asks her about the song she was playing, she tells him that it is a secret that cannot be told. The two form a friendship that quickly evolves into a romantic relationship. However unbeknownst to Xiang Lun, there is more to Xiao Yu than initially meets the eye.

Sponsors: Office for Undergraduate Studies, College of Arts & Letters, Center for the Study of Languages & Cultures