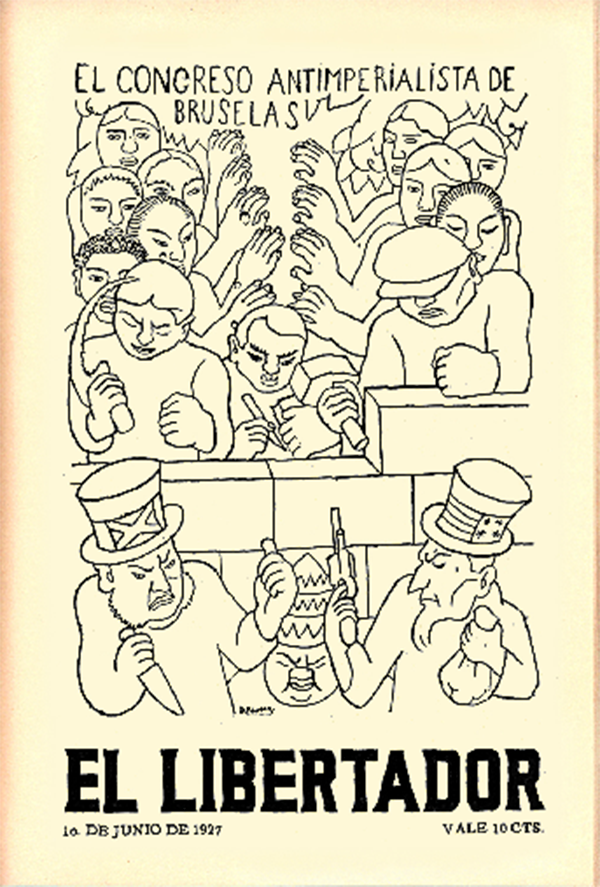 Anne Garland Mahler is an associate professor of Spanish at the University of Virginia. This lecture explores the momentous European encounter between activists from the emerging global south at the 1927 “Congress against Colonial Oppression and Imperialism and for National Independence” in Brussels. These exchanges yielded a critique of racial capitalism that would go on to influence debates around a range of global social concerns, from labor organizations to immigrant rights.

Mahler is an interdisciplinary scholar focused on South-South political and cultural movements, particularly among Latin American, African American, and U.S. Latinx writers. She has done significant work to support the growth of the interdisciplinary field of Global South studies. Her research draws on the fields of cultural studies, history, and critical theory of racial capitalism and globalization. Her work has been supported by the American Council of Learned Societies, the Ford Foundation, and the Mellon Foundation.

Her most recent work includes From the Tricontinental to the Global South: Race, Radicalism, and Transnational Solidarity (Duke, 2018), and she currently has three books in progress: The Comintern and the Global South: Global Designs/Local Encounters (as co-editor, forthcoming from Routledge), The Oxford Handbook of the History of the Global South (under contract), and a monograph South-South Solidarities: Racial Capitalism and Political Community from the Americas to the Globe.

This event is co-sponsored by the Notre Dame Initiative on Race & Resilience and the Nanovic Institute for European Studies.

For more information contact Joshua Lund, professor of Spanish in the Department of Romance Languages and Literatures.