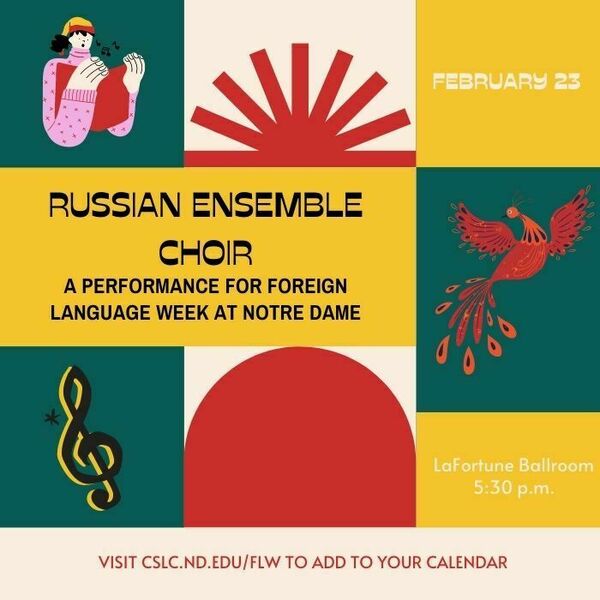 The Russian Ensemble Choir will be performing a selection of songs for the Foreign Language Week Culture Fair.

The Notre Dame Russian Ensemble is a small singing ensemble of Russian language students started by Molly Peeney and Alyssa Gillespie of the Department of German and Russian Languages and Literatures.

Together, the students learn several Russian songs each semester which they perform at informal gatherings. This year, they will be doing a special performance for Foreign Language Week.

Sponsored by the Russian Program in German and Russian Languages and Literatures and the CSLC.