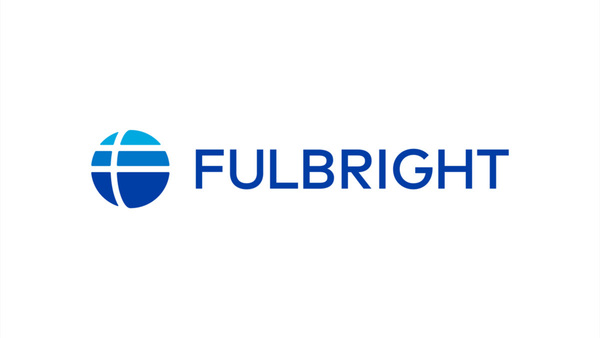 The Fulbright Foreign Language Teaching Assistant (FLTA) program at the University of Notre Dame is unique among FLTA programs in that it involves community engagement as well as teaching, exposing educators from around the world to life beyond Notre Dame’s campus while introducing local school children to different peoples and cultures.

The FLTAs teach students about their languages, customs and culture, culminating with an end-of-the-year celebration involving the performance of a song, dance, poem or other such work by the students and FLTAs for Nuner teachers and parents.

“When a person travels to a new country and is placed on a campus, many times they end up living in the bubble that is that campus,” said Maggie Mello, assistant director of the Center for the Study of Languages and Cultures, which oversees the FLTA program at Notre Dame. “So if we didn’t have any community engagement work for the FLTAs to do, all they would know about American culture is Notre Dame and the bubble that is Notre Dame.”

But the pandemic has disrupted student travel and limited classroom instruction here and abroad. South Bend schools returned to some in-person instruction in the fall but still limit visitors. Meanwhile, just two FLTAs were on campus in the fall because of travel restrictions. The rest worked remotely from abroad.

Consequently, this year’s class of FLTAs — limited to six, from India, Ecuador, Tunisia, Germany, Kenya and Ireland, because of the pandemic — has turned to virtual tools such as Flipgrid and Google Meet to engage with students remotely.

The results have been positive.

“As with most everything, the pandemic has challenged us to look for new ways to continue this work,” said Erin Harding, fine arts facilitator at Nuner, a South Bend Community School Corp. school. “I have been pleasantly surprised at the ways the FLTAs and our Nuner teachers/students have been able to form relationships using Google Meet and other virtual tools.”

A unique example of this: Josephine “Jossy” Mutisya, a Swahili FLTA, used her phone to show students around her home in Kenya in the fall. This included two students from Liberia, a country on the West African coast.

“They got to see her apartment, the city central, and took a taxi with her to the Indian Ocean,” said Harding. “They then got to share their environment with Jossy by giving her a tour of the school.”

The students were “beyond ecstatic” with the experience, Harding said, which was only possible because of the unique circumstances of the pandemic.

“They are literally seeing a different part of the world,” she said, “and this is only possible through the arrangements with the Cultural Immersion program and the logistics that were created to accommodate for this unique year.”

More recently, Shivangi Nathawat, a Hindi FLTA, introduced students to Hindi dress/customs, including the custom for brides to wear red. She used Priyanka Chopra, the Indian actor, as an example. Chopra married the American pop star Nick Jonas in 2018. She wore red to the ceremony.

“This made it all so relevant for them,” Harding said of the students. “They even linked this to their recent study of Bollywood in their dance class at Nuner, and were equally as enthusiastic to (virtually) meet Shivangi’s dogs.”

In addition to their virtual work in the classroom, the FLTAs have been helping to communicate with non-English-speaking parents at Nuner and other area schools.

The Chinese and Swahili FLTAs translated the Head Start parent handbook into their respective languages last year, and the Arabic and Hindi FLTAs are doing the same this year. The handbook provides helpful information about the Head Start program, its operating policies and monthly events.

“We are so grateful to our FLTA partners for this work, which we could not do ourselves,” said Kathy Guajardo, executive director of the Elkhart and St. Joseph Counties Head Start Consortium. “We are now able to communicate with parents in more languages and provide them with critical information to support their child’s learning.”

The FLTA program is sponsored by the U.S. Department of State Bureau of Educational and Cultural Affairs. It is designed to develop Americans’ knowledge of foreign languages and cultures via support for teaching assistantships in more than 30 languages at hundreds of colleges and universities in the U.S.

Notre Dame hosts a dozen or more FLTAs in a normal year.

“It’s an incredible wealth of world cultures coming to us,” said Alessia Blad-Miller, director of the Center for the Study of Languages and Cultures. “So we’re very lucky to be able to share that with the community.”

Originally published by Erin Blasko at news.nd.edu on February 11, 2021.