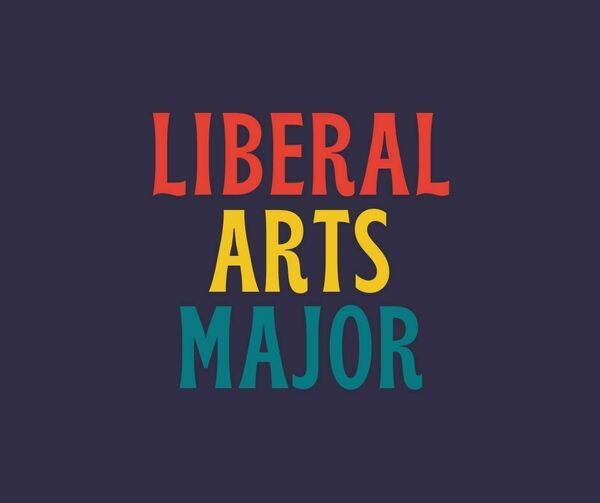 ‘Majors are minor,’ says a sociology professor who champions liberal arts and the freedom to think, explore and learn

Every few months, readers interested in higher education see yet another article on “college majors that lead to the highest incomes.” Topping the lists, at least for starting salaries, are STEM fields such as engineering (all kinds), computer science and applied mathematics. Liberal arts fields such as English and history routinely come in far below, suggesting that a life of genteel poverty awaits those who enjoy Jane Austen.

To be sure, prospective college students, and their parents, are rightly concerned about their financial futures, and picking a lucrative major seems like a straightforward choice that promises good results. “Declare a petroleum engineering major,” these articles imply, “and your future is secured.”

But it’s not that simple. Majors have both academic and personal prerequisites, and it’s not clear that they matter much anyway.

Picking a college major isn’t a free, unfettered choice. It’s tightly limited by the 18 years of life that preceded it. Relatively few high school graduates have the education — or the inclination — for the years of college math and physics that engineering requires. And among those who take on those challenges, simply making that single decision does not mean they will wind up in a high-paying STEM career. Over the years I’ve known scores of young people who “decided” to be pre-med students, only to crash on the rocks of those huge science requirements.

At the same time there are students who do have the technical skill for STEM majors, but lack the inclination or even the basic personality to commit to those subjects and careers. During my college teaching career, I worked closely with several theater majors, smart people who did well in calculus class, but who dreamed of becoming actors in New York or Los Angeles.

They are in those locales today, still hoping, and often working in the entertainment industry — although usually not onstage. They know it’s a long shot to be a performer, but they love that entire world. They want to be a part of it.

To have recommended that they major in applied math and go on to work as a corporate accountant would have been like suggesting a personality transplant. It wasn’t going to happen.

The good news is that a college major in itself isn’t decisive. Remember that lots of computer gurus never even took computer science courses in college, because those courses didn’t exist. There are other ways to gain technical skills.

And I know (for instance) an undergraduate studio art major who went on to become an investment banker and a lead partner at Goldman Sachs; another art major (sculpture) whose career involves custom-machining experimental equipment for physicists; a philosophy major who has spent 50 years as a professional musician; and countless lawyers who majored in every liberal arts field you can name.

Very few of my own sociology students became professional sociologists. They became teachers, executives in businesses and nonprofits, political activists, management consultants, lawyers and administrators of all sorts. A major in college, it turns out, can often be a minor factor in life.

“To have recommended that they major in applied math and go on to work as a corporate accountant would have been like suggesting a personality transplant. It wasn’t going to happen.”

Of course, to become a doctor or a nurse you need to learn biology and chemistry, and you have to attend nursing or med school. If you want to be an engineer, by all means take engineering courses. Many professions require technical skills that must be learned in school. But if you’re worried about income, it’s your occupation that matters, not your college major.

Most employers don’t care what your major was, and plenty of lucrative professions have very flexible undergraduate requirements. Here’s my own recommendation, after 40 years of teaching in a liberal arts college with lots of successful alumni: Pick a major that you’ll love and learn in, with the best teachers you can find. Study broadly and deeply with other serious students and find a caring mentor.

There’s no doubt that scientific and technical skills provide a reliable path into the job market and a relatively riskless approach to economic security. But even in technical fields, the really big rewards, including leadership positions and the salaries attached, often go not to the most technically proficient but to nimble thinkers with strong people skills.

A good understanding of how people and organizations work, a respect for different approaches to tough problems and an ability to clearly communicate your ideas — all characteristics of serious students in the liberal arts — are perennially valuable skills in organizations of all sorts. Four years spent studying them carefully will generate priceless returns.

This story was produced by The Hechinger Report, a nonprofit, independent news organization focused on inequality and innovation in education.