The Center for the Study of Languages and Cultures in Notre Dame’s College of Arts and Letters is launching a new minor in Teaching English to Speakers of Other Languages (TESOL). The program, which replaces the TESOL Certificate Program in spring 2016, offers students the opportunity to study linguistics education, learn how to teach English, and develop classroom management and lesson planning skills.

Ryan Schultheis, a 2015 Notre Dame graduate and international economics major, participated in the CSLC’s TESOL Certificate Program as an undergraduate. He said the experience opened new paths for his future and led him to apply to a Fulbright program. At the end of his senior year, he received a Fulbright ETA (English Teaching Assistantship) grant. He is currently teaching English at a public high school in the linguistically diverse state of Oaxaca, Mexico. He also volunteers at the Centro de Orientación del Migrante (COMI), a shelter for people fleeing persecution throughout Central America. 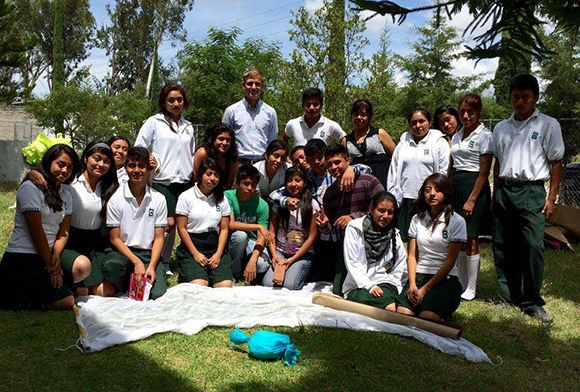 Schultheis with his students following a presentation of Hansel and Gretel

Schultheis studied Spanish as part of his international economics major, a decision he said single-handedly shaped his undergraduate experience. While at Notre Dame, he sought out and participated in many opportunities, including a Summer Service Learning Program (SSLP) teaching English and working as a bilingual caseworker in an emergency food clinic at Catholic Charities in Dallas; studying abroad in Santiago, Chile; interning with Advocates for Human Rights in Minneapolis in the Refugee and Immigrant Program; serving as an interpreter for National Immigrant Justice Center Externship program through the Notre Dame Law School; and receiving a grant from the Nanovic Institute for European Studies to travel to Spain during a break to conduct interviews for his senior thesis.

Additionally, throughout his four years, he worked with the Community Alliance to Serve Hispanics (CASH) in partnership with La Casa de Amistad, which taught bi-weekly English classes for adult learners in the local community.

“With this powerful experience,” Schultheis said, “I not only gained insight into best practices for second language acquisition, but also built relationships with my students that catalyzed my interest in the migrant experience.”

His desire to further develop his understanding of language acquisition led him to sign up for the CSLC’s TESOL Certificate Program during his junior year.

The Certificate Program, or “bootcamp,” was a 55+ hour “week-long crash course,” that was “unapologetically rigorous, yet entertaining,” he said. It sought to teach communicative language tactics in an immersive classroom environment. According to Schultheis, the training he received “provided a nuanced approach to second language acquisition that continues to inform my lesson plans.” 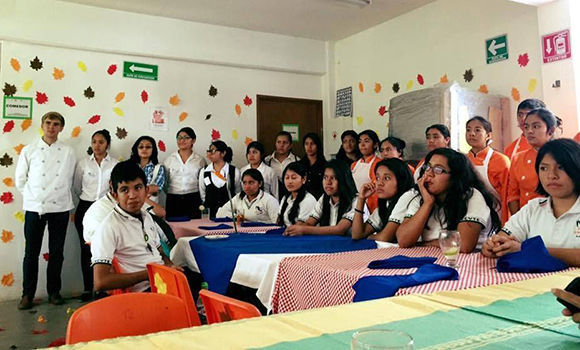 Schultheis with his tourism students celebrating the traditions of turkey day

“Teaching English is a wonderful way to experience other lands and cultures,” Schultheis said. “TESOL training will certainly open doors following graduation, fostering the Fulbright Program’s goal of ‘cross-cultural understanding.’ In an increasingly connected world, socially and economically, such an understanding is indispensable.”