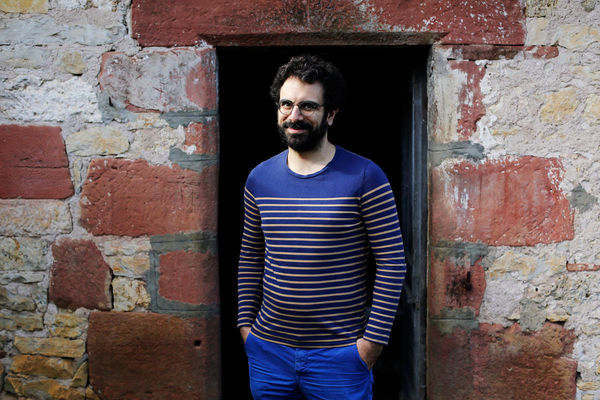 Join the Nanovic Institute for an engaging discussion with celebrated Le Monde journalist Nabil Wakim about his book L'Arabe pour tous. Pourquoi ma langue est taboue en France (Arabic for All: Why My Language Is Taboo in France), which tackles the intricate balance between his heritage language and the language of his residence, France. His testimony brings to light a familiar discourse countless bilingual speakers and heritage speakers face around the following question: which language is truly mine and which do I privilege for discourse?

In his book, Nabil Wakim explores the inner discomfort of speaking one's own language when that language is Arabic in France and the reasons for this disenchantment. While Arabic is the second most spoken language in the country, it is only taught in 3% of middle and high schools to around 14,000 students, about half as many as thirty years ago. At the same time, teaching in mosques or religious associations is increasing—teaching an estimated 80,000 students. Wakim's Arabic for All, in discussing how teaching Arabic could be an opportunity for France, is a plea for the Arabic language to finally find its rightful place in French history.

Free and open to all. Registration required.

Register for the lecture.

(A Zoom link will be emailed to you after registration is complete.)

Nabil Wakim a journalist for the French newspaper Le Monde, was born in Beirut in 1981 and arrived in France in 1985. He is the author of Arabic for All, Why My Language Is Taboo in France (Seuil, 2020). He is also a 2015 Nieman Foundation Fellow at Harvard University, and a teacher at the Sciences Po Journalism School in Paris. At Le Monde, he was web editor-in-chief, political editor, and he now covers the energy and climate sector.

Daniel Maroun is director of undergraduate studies and undergraduate advisor for French at the University of Illinois Urbana-Champaign. His research is informed by the intersection of gender and sexuality with Francophone communities primarily in North Africa and the Levant. He is interested in the expression of sexual identity and citizenship and how protagonists navigate these issues in relationship to their family and their society as well as France's literary response to HIV/AIDS.

Sonja Stojanovic is a Nanovic Fellow and Assistant Professor of French and Francophone Studies in the Department of Romance Languages and Literatures at the University of Notre Dame. She works on contemporary France, particularly on questions of post-war memory and national identity.