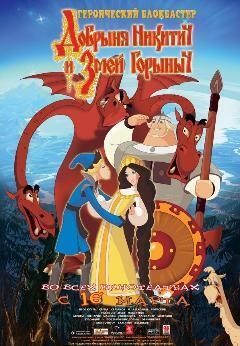 This is not just your everyday animated film!  Dobrynya and the Dragon is directed by Ilya Maksimov, and opened at #2 in the box office in Russia in 2006!

Steeped in Slavic mythology, this film tells the story of the mythological characters Dobrynya Nikitich and Zmey Gorynych.  This film is a fantastic resource for language learners of all levels.

Don't miss this opportunity to immerse yourself in Russian animation.

Sponsored by the Russian Program in the Department of German and Russian Languages and Literatures.