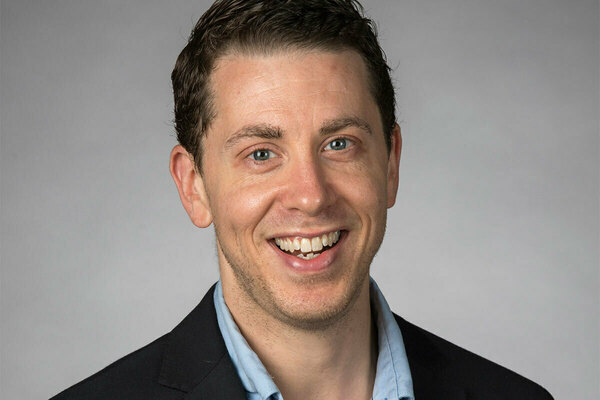 Ask Charles Leavitt IV to name movies influenced by Italian cinema, and there’s not enough time in the day for the conversation.

“The short answer is, it’s everything,” said Leavitt, a Notre Dame associate professor of Italian in the Department of Romance Languages and Literatures.

If it seems like a bold claim, consider the fact that after World War II, Italian filmmakers moved their scenes from indoor studios to the streets. Necessity drove the change because their studios became refugee camps for displaced Italians and other Europeans.

The filmmakers valued creating a sense of place by going into neighborhoods, especially devastated areas. They shifted away from filming outdoor scenes near landmarks that would easily identify a city such as Rome.

And they stirred audience emotions by crafting plots and casting actors that reflected their audiences. It’s a relatable feeling that Hollywood glamour and fascist propaganda couldn’t provide — and that influenced the work of Martin Scorsese, Jean Luc-Godard, Chloe Zhao, and countless other modern narrative and documentary filmmakers.

This movement became known as neorealism, and Leavitt’s book on it has received significant acclaim. Italian Neorealism: A Cultural History has won the 2020 Book Prize in Visual Studies, Film and Media from the American Association of Italian Studies. It’s also one of five finalists in American nonfiction for The Bridge / Il Ponet literary prize.

In the 10-year process to complete the book, Leavitt traveled to the National Central Library of Rome in addition to other libraries and archives throughout Italy to review primary materials. But he also spent significant time reviewing works in the Hesburgh Library and the Center for Italian Studies’ Wagstaff Film Collection, which has more than 2,000 Italian films in its archive.

“There’s really nothing else like it in North America,” Leavitt said. “Without having to leave campus, I got a very good start on research.”

“If there’s a lasting value in this age of neorealism, if there’s a message that comes out of this, it’s the power of that collective conversation to reimagine the world and remake society for the better.”

‘This moment of turmoil’

Leavitt’s book examines the time period after World War II when Italians were recovering from 20 years of fascist dictatorship and two military occupations — Germany during the conflict, and British and American forces during the reconstruction.

“There was really widespread poverty,” Leavitt said. “The industrial production after the war went back to what it was in the middle- to late-19th century. They were going back two generations in terms of industrial output. What’s so striking is that amidst all of this chaos, having had their political structures more or less destroyed and remade, they came to the forefront of global culture.”

Filmmaking played a lead role in the movement, emerging as a communal conversation about the past, present, and future of society. Italian cinema — led by Vittorio De Sica (Bicycle Thieves), Roberto Rosselini (Rome, Open City), and others —  became the model for Hollywood, Europe, India, and South America.

Stories focused on realism in environment, costume, and character. Some films recreated war events so vividly that people nearby fled their homes. Others told the story of the refugees trying to travel to Israel.

“There are films about refugee camps where you have speakers of all different languages thrown together in chaos,” said Leavitt, who is also associate director of the Center for Italian Studies, a concurrent faculty member in the Department of Film, Television, and Theatre, and faculty fellow of the Kellogg Institute for International Studies and the Nanovic Institute for European Studies. “There was an attempt by Italian filmmakers to show other Italians and the world what their country looked like in this moment of turmoil.”

‘The power of collective conversation’

Published by the University of Toronto Press, the book is Leavitt’s attempt to understand how such a significant artistic movement developed amidst challenging circumstances.

“How is it that people living in these kinds of conditions and people dealing with these kinds of problems and pressures were able to create lasting works of art — masterpieces that have stood the test of time?” he said.

It’s clear those films maintained their relevance due to the impact and influence the neorealism movement had. But there’s a wrinkle — scholars don’t agree on the exact meaning of neorealism. Leavitt examined individual uses of the term to reach his conclusion.

“I argue in the book that the term signifies not a return to realism after the illusion of fascism, but a new form of realism, something fundamentally and radically new, looking at reality with new eyes,” he said. “Artistically speaking, it means trying to capture more of reality than anyone had been able to do before and to show that reality to people in new forms.”

Through fictional tales of individuals coping with a massive war, Italian writers, artists, and filmmakers they told the story of history — and captured audiences’ attention.

As history knows, this story is one of rebirth. A decade after the period examined in Leavitt’s book, Italy joined the world’s wealthiest economies and became a major producer of industrial and artisanal goods.

“If there’s a lasting value in this age of neorealism,” Leavitt said, “if there’s a message that comes out of this, it’s the power of that collective conversation to reimagine the world and remake society for the better.”