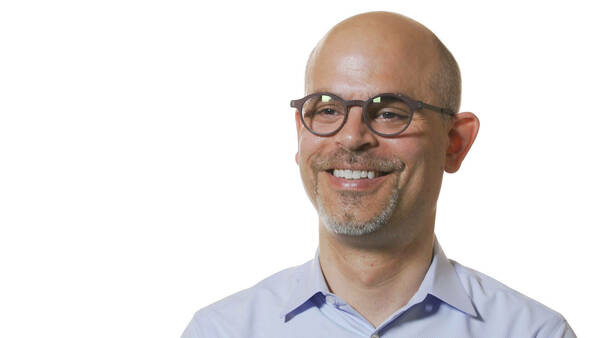 “Nationalism exists in an uneasy relationship with more global forms of identity. Nations even at their birth, they're, they're caught up in these, in these larger global networks of entanglement. The two really cannot be separated.”

Tobias Boes is an associate professor of German and a Fellow of the Nanovic Institute for European Studies at the University of Notre Dame. His research focuses on cultural relationships between Germany and the world at large, especially during the first half of the 20th century. More information can be found on his faculty page.

My research interest is in the cultural dimensions of nationalism, by which I mean the way in which literature, films, television, theater, and so on are used to reinforce a sense of belonging, and then particularly the ways in which nationalism exists in an uneasy relationship with more global forms of identity. Nations even at their birth, they're, they're caught up in these, in these larger global networks of entanglement. The two really cannot be separated.

My book Thomas Mann’s War is basically an exploration of the themes of nationalism and its relationship to more global forms of identity through a literary lens. It tells the story of the German author Thomas Mann who won the Nobel Prize for literature in 1929 and was an early anti-fascist. So he had to leave Germany in 1933 when Hitler came to power and in that time he was, together with Albert Einstein, probably the biggest German celebrity in the United States. People really regarded him as the voice of his country and the interesting thing is that after the Second World War was over, when he went back to Germany, people in Germany viewed him in the same way but with a certain amount of suspicion because he had been in the United States for so long. So that to me is a really fascinating story: the way in which people turn to authors like Thomas Mann, turn to intellectuals and literary producers to get a sense of what a country is about, what a national identity is like, and how those questions are are framed in an international intellectual arena that then re-influences what happens within the home country. And I think that is a story that is very pertinent in the, in the 21st century as well.

One of the research interests that I've developed since coming to Notre Dame is an interest in the environmental humanities, which is basically the study of how human culture interacts with the environment. It can be approached as a form of inscription, as a form of, maybe not quite writing but of, of leaving traces in the planet. This, too, is an issue of local identities and how do they intersect, how do they intersect with larger more global forms of being in the world, and eventually come to the realization that the local and the global are never separate from one another. I mean that is one of the founding principles of environmental movements and it's an area of inquiry that I'm very fortunate to have many colleagues here at Notre Dame who share a topic. After all it relates to our Catholic identity as well.

I would say the most important thing about being at Notre Dame is actually my students, guiding them not just through the, through the various steps of the language learning process. But then also to broaden their minds, broaden their horizons in terms of cultural issues and eventually literary issues. I get a lot of energy from them and it is of course also deeply rewarding to then see the passion that it inspires in the students.